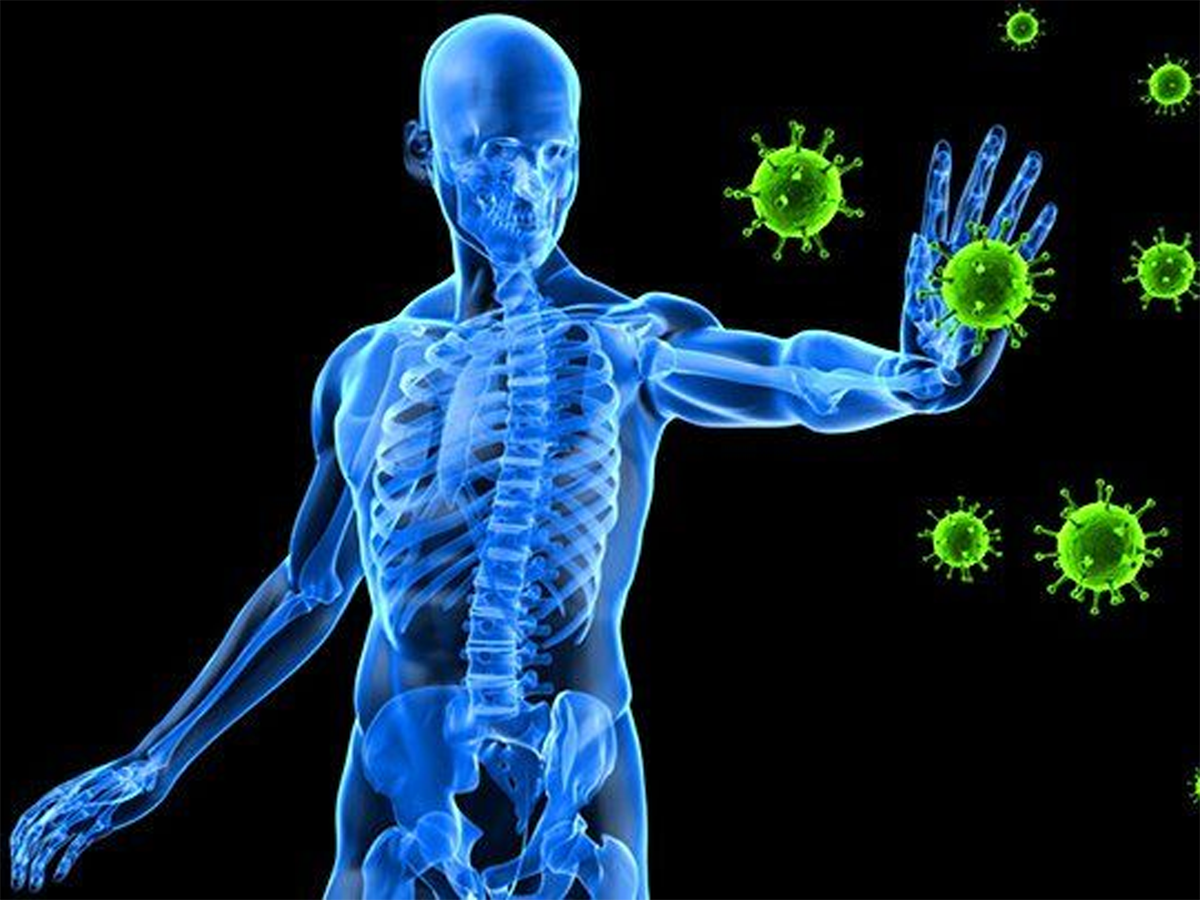 Natural barriers include the skin, mucous membranes, tears, earwax, mucus, and stomach acid. Also, the normal flow of urine washes out microorganisms that enter the urinary tract. The immune system uses white blood cells and antibodies to identify and eliminate organisms that get through the body’s natural barriers.

Usually, the skin prevents invasion by microorganisms unless it is damaged (for example, by an injury, insect bite, or burn). Mucous membranes, such as the lining of the mouth, nose, and eyelids, are also effective barriers. Typically, mucous membranes are coated with secretions that fight microorganisms. For example, the mucous membranes of the eyes are bathed in tears, which contain an enzyme called lysozyme that attacks bacteria and helps protect the eyes from infection. The airways filter out particles that are present in the air that is inhaled. The walls of the passages in the nose and airways are coated with mucus. Microorganisms in the air become stuck to the mucus, which is coughed up or blown out of the nose. Mucus removal is aided by the coordinated beating of tiny hairlike projections (cilia) that line the airways. The cilia sweep the mucus up the airways, away from the lungs.

The digestive tract has a series of effective barriers, including stomach acid, pancreatic enzymes, bile, and intestinal secretions. These substances can kill bacteria or prevent them from multiplying. The contractions of the intestine (peristalsis, which moves contents of the bowel through the digestive tract), and the normal shedding of cells lining the intestine help remove harmful microorganisms.

The urinary tract also has several effective barriers. The bladder is protected by the urethra, the tube that drains urine from the body. In males, the urethra is long enough that bacteria are seldom able to pass through it to reach the bladder, unless the bacteria are unintentionally placed there by catheters or surgical instruments. In females, the urethra is shorter, occasionally allowing external bacteria to pass into the bladder. In both sexes, when the bladder empties, it flushes out any bacteria that reach it.

The vagina is normally acidic. The acidity of the vagina prevents harmful bacteria from growing and helps maintain the number of protective bacteria.

However, certain infections, such as typhoid fever, viral infections, and bacterial infections that overwhelm the immune system, can lead to a decrease in the white blood cell count.

Any injury, including an invasion by microorganisms, causes inflammation in the affected area. Inflammation, a complex reaction, results from many different conditions. The damaged tissue releases substances that cause inflammation and that direct the immune system to do the following:

However, inflammation may not be able to overcome large numbers of microorganisms.

During inflammation, the blood supply increases, helping carry immune cells to the affected area. Because of the increased blood flow, an infected area near the surface of the body becomes red and warm. The walls of blood vessels become more porous, allowing fluid and white blood cells to pass into the affected tissue. The increase in fluid causes the inflamed tissue to swell. The white blood cells attack the invading microorganisms and release substances that continue the process of inflammation.

Other substances trigger clotting in the tiny vessels (capillaries) in the inflamed area, which delays the spread of the infecting microorganisms and their toxins.

When an infection develops, the immune system also responds by producing several substances and agents that are designed to attack the specific invading microorganisms (see Acquired Immunity). Examples are

Antibodies attach to and immobilize microorganisms. They kill them outright or help neutrophils target and kill them.

How well the immune system defends the body against each microorganism depends partly on a person’s genetic make-up.

Body temperature increases as a protective response to infection and injury. An elevated body temperature (fever) enhances the body’s defense mechanisms, although it can cause discomfort.

A part of the brain called the hypothalamus controls body temperature. Fever results from an actual resetting of the hypothalamus’s thermostat. The body raises its temperature to a higher level by moving (shunting) blood from the skin surface to the interior of the body, thus reducing heat loss. Shivering (chills) may occur to increase heat production through muscle contraction. The body’s efforts to conserve and produce heat continue until blood reaches the hypothalamus at the new, higher temperature. The new, higher temperature is then maintained. Later, when the thermostat is reset to its normal level, the body eliminates excess heat through sweating and shunting of blood to the skin.

Certain people (such as alcoholics, the very old, and the very young) are less able to generate a fever. These people may experience a drop in temperature in response to severe infection.

Fat – The Good and The Bad

Effect of Purine on Gout